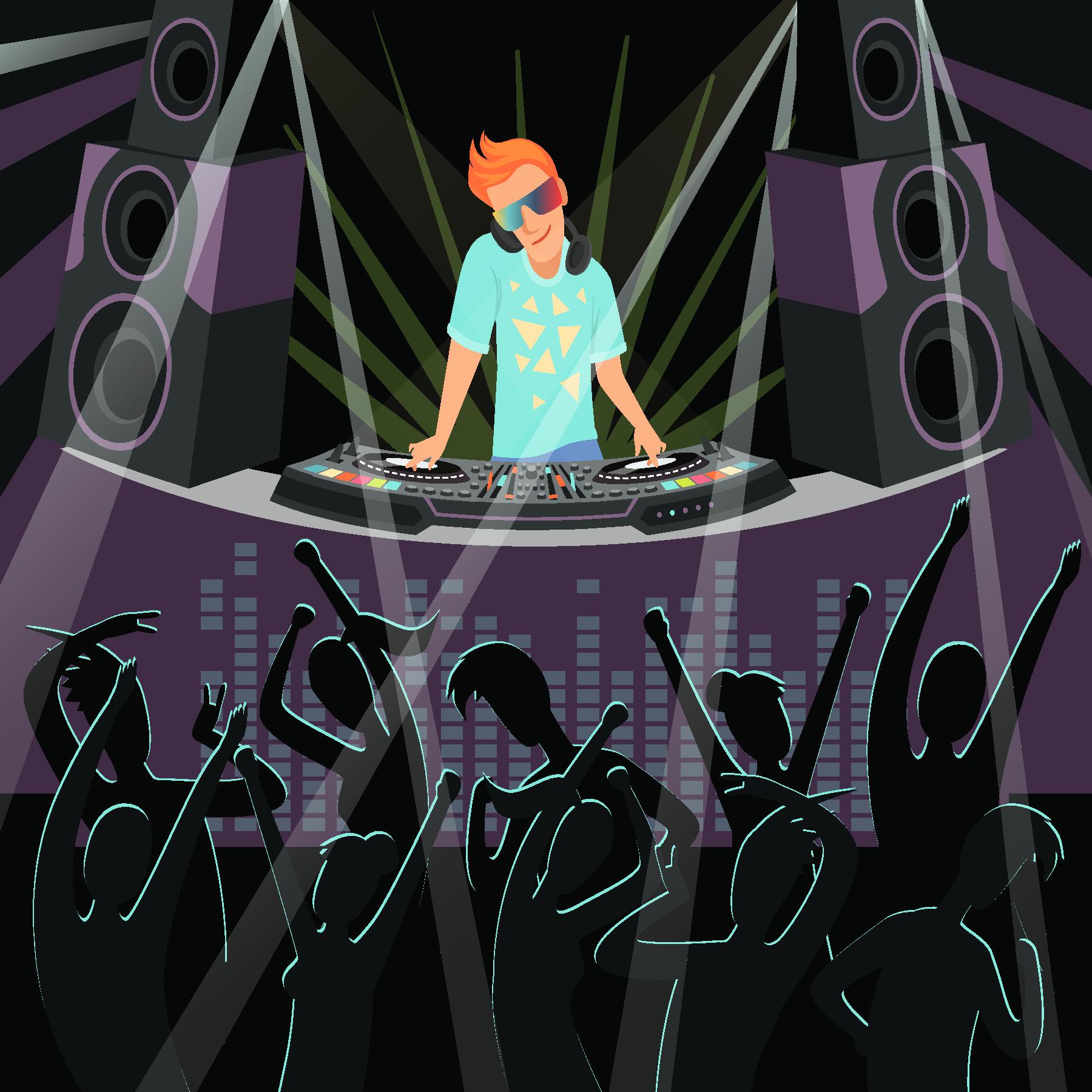 Disclosure: As an Amazon Associate I earn from qualifying purchases.

What is a DJ’s responsibility when it comes to royalties and copyright law?

A DJ’s responsibility when it comes to royalties and copyright law is somewhat tricky. It’s not as straightforward as a producer or songwriter, who are both considered authors of their songs by default.

DJs work with pre-existing recordings that they mix and manipulate in various ways. For example, this means we don’t have much information on the author for these DJ sets.

There was some discussion about whether remixes should be subject to royalty payments back when more records were being released on vinyl. Still, digital music distribution has taken over, which makes it even less likely that any royalties would get paid out at all since there isn’t any identifiable “original” recording anymore.

In general, though artists (or labels) need permission from the original rights holders before distributing anything copyrighted material.

How do DJs get paid for their work?

DJs get paid for their work in two ways; either they get a flat fee or royalties.

A DJ can be paid for the performance itself, which may include traveling and accommodation expenses and any hiring fees that are due to organizers of events.

When DJs do this kind of performance, it is known as being on ‘tour.’ If an artist has not yet released music, there will be no record label involved. So they must organize everything themselves from setting up gigs and promoting them to booking transport, etc.

Suppose a record company is interested in signing an artist. In that case, they might also pay some upfront costs like studio time, depending on what deal they come to with the artists’ management team.

Record labels may provide advances against future royalty payments if the DJ is successful.

Record labels may also provide studio time and other support to the artist to make their music. Still, sometimes it can be a condition of signing that they do not record any material with another label. This might ultimately affect how many songs or albums an artist gets through before releasing one album under the new contract.

Finally, DJs are often asked questions about whether royalties need to be paid on recorded mixes or if there is copyright infringement involved when DJing at weddings, etc.

Why are DJs not required to pay royalties on the music they play?

In most cases, DJs are not required to pay royalties on the music they play because it is assumed that there would be an agreement between the artist and the label.

Suppose a DJ wants to release their original work. In that case, copyright infringement may question if another company owns any of that copyrighted material.

In this case, both parties are responsible for ensuring all appropriate legal contracts have been signed before releasing or performing anything else together.

If not, one party could owe money to other companies and be sued for breach of contract by others involved with royalty payments, which can become very complicated when multiple labels are involved.

Who pays for the rights to use copyrighted material in a live performance or recording session?

In most cases, the person paying for the rights to use copyrighted material in a live performance or recording session is the one who owns it.

This means that if two labels are involved, then label A would be responsible for paying licensing fees to both of them and vice versa. However, in some cases, these rights can also be shared between more than two parties when royalties have been negotiated ahead of time by themselves or through their respective representatives/agencies.

It should go without saying that DJs need to know everything they can about royalties whenever working with music publishers and major record labels because not doing so could result in copyright infringement which may lead to fines from legal bodies such as the CRIA.

The future of royalty payments for DJs – what will happen as more people start using streaming services like Spotify, Apple Music, and Tidal?

As more DJs start to use streaming services, the number of royalties paid for DJing is bound to decrease.

This will pose a problem as those that are still making money from CDs and vinyl records may not be able to afford their royalty payments on these forms of media to continue playing them during intimate events or at small festivals/clubs.

This could lead DJs only to play digital music altogether, while others do not see any changes because they use streaming services like Spotify, Apple Music, Tidal, and other services that do not pay royalties.

Another factor to consider is that if a DJ plays on vinyl, it takes time to set up the turntable and get all of their equipment ready. This may be difficult as DJs have less downtime than before due to how crowded events are now.

As streaming services become more popular, they will inevitably affect royalties for DJs in different ways depending on what type of music/DJ you pertain to.

If you’re an aspiring DJ who wants to make money from your skills, it’s essential to keep up with the latest developments. Ensure you follow the rules for the different types of venues you play in and always get your rates negotiated before agreeing to do a show.

You’ll want to make sure that there are no surprises later on, such as getting fined or sued because you didn’t know what was required by law. As with any business venture, it pays off to take some time upfront to investigate this area.

Suppose your DJ gigs only include intimate events versus small festivals/clubs, which could lead them only to play digital music altogether. In contrast, others do not see any changes because they use streaming services like Spotify, Apple Music, Tidal, etc.

In that case, royalties may be something worth looking into more deeply – we’ve outlined some basic information about copyright laws below.

If you’re looking to focus on live sets, then there are some legal ramifications to consider. The copyright laws around these sets can be very complex, depending on the type of live performance you’re providing.

How do DJs get around copyright?

DJs get around copyright by either playing CDs (while still paying royalties) or streaming their music through a service like Spotify.

Does a DJ have to get permission to play songs?

In most cases, a DJ does need to get permission before they play songs live. This is because DJs are considered public performers, and as such, this means that royalties do have to be paid for the use of the song.

Do DJs have to pay royalties in the UK?

In the UK, DJs may need to pay royalties for live sets, but they do not need to get permission before playing a song. It’s always best to check with your local authority for more information.

Do you need a Licence to be a DJ?

According to the Creators Rights Act of 1976, DJs do not need a license to perform copyrighted works.

For decades, copyright law has been an ambiguous issue for musicians. The first significant change in the music industry was when cassette tapes became popular, and record companies could not stop people from making copies of their albums at home.

In 1984, Congress passed a bill called “The Home Audio Recording Act,” which made it legal to make one copy of any copyrighted material that you own.

This meant DJs could legally tape vinyl records, so they didn’t have to lug around heavy crates all night long, but there’s still some confusion over whether or not DJs should be paying royalties on digital files like mp3s and live sets recorded with soundboard mixers.

Always check with your local authority before pushing out new DJ sets! We hope this blog post has cleared up any confusion you have had.

I'm a part-time writer and a full-time DJ. My world is full of different genres of music, but EDM has my heart. I've been mixing beats since high school, and the best part of my day is when I sit down to write about it.